Wishing our fauna, flora and people could live together well.
Hard but possible,
for what is impossible with man is possible with you.*

planetsave – WHAT DO YOU DO IF YOUR COUNTRY IS FACING WATER SHORTAGES EXACERBATED BY CLIMATE CHANGE? PRAY, APPARENTLY — ISRAEL’S AGRICULTURE MINISTER LEADS PRAYERS FOR WATER

Much of the Middle East is now slated to essentially turn to desert over the coming decades and centuries owing to climate change, and exacerbated by poor human judgment and short-sighted activities.

It bears remembering that much of what is now the Middle East and the Mediterranean was before the human population expansion of the last few thousand years humid and heavily forested, with incredible fertile soils — the reason that the region is the diminished shell that it now is follows from massive deforestation, the strip-mining of the soil for agriculture, and animal husbandry (over-grazing).

VietNamNet Bridge – Dr Le Viet Phu, a lecturer at Fulbright University, says the damages caused by air pollution to Vietnam in 2013 could be assessed up to $10 billion.

Vietnam is among 10 countries with the worst air quality

The figure was calculated based on WTP approaching method, which considers the willingness to pay for reduction in air pollution.

An assortment of land mines and bomb parts that were removed from the ground in Afghanistan. Photos by Larry Towell/Magnum Photos

The world is rolling backward, and at a disturbingly faster pace, in the struggle to limit carnage from land mines and other booby-trap explosives. The most recent numbers, covering 2016, are appalling.

Known casualties that year came to 8,605, including 2,089 deaths, according to a new report by Landmine Monitor, a research arm of the International Campaign to Ban Landmines. The toll was nearly 25 percent higher than the 6,967 maimed and dead counted a year earlier, and more than double the 3,993 in 2014. And these numbers are almost assuredly an undercount. “In some states and areas, numerous casualties go unrecorded,” Landmine Monitor said. 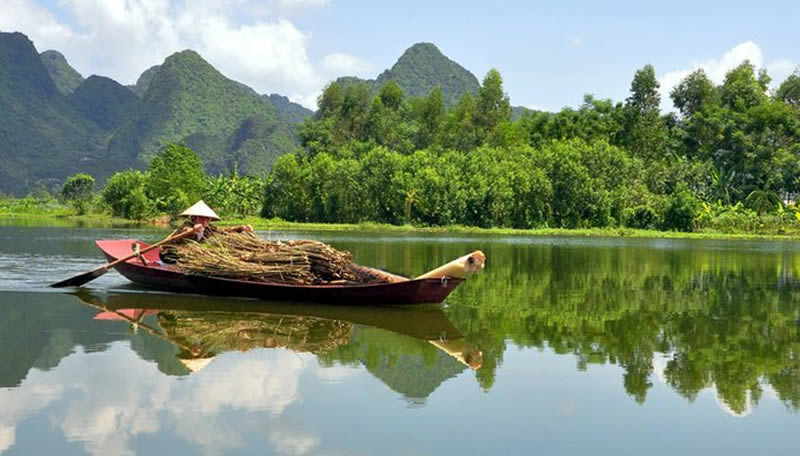 Even if no dams are built on the mainstream below China, the cascade to which it is committed will ultimately have serious effects on the functioning of the Mekong once the dams are used to control the river’s flow. This will be the case because the cascade will:

• alter the hydrology of the river and so the current ‘flood pulse’, the regular rise and fall of the river on an annual basis which plays an essential part in the timing of spawning and the migration pattern. This will be particularly important in relation to the Tonle Sap in Cambodia, but will have an effect throughout the river’s course;