The cities under our plane are beautiful.
You view the scene with me
while you lift the plane up. END_OF_DOCUMENT_TOKEN_TO_BE_REPLACED

English: Leave No One Behind: The Right to Development

The Guardian – Activists say British authorities are failing to identify and protect victims who have been trafficked to the UK as slaves, many of them children 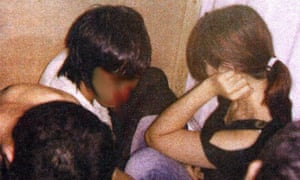 Detained Vietnamese migrants who were smuggled into the UK in a van. Many arrive with debts of up to £25,000 for their passage. Photograph: Solent News/Rex/Shutterstock

British authorities are failing to identify and protect Vietnamese victims of trafficking who are being deported back to Vietnam without adequate support or protection, according to anti-trafficking activists.