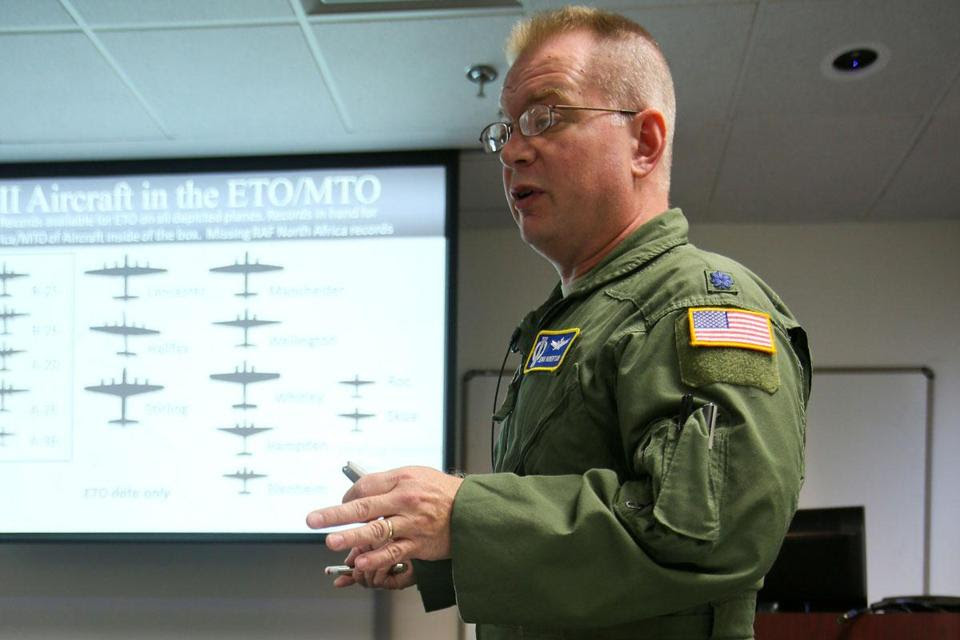 MAXWELL AIR FORCE BASE, Ala. — Six years ago it seemed a zany idea when Lieutenant Colonel Jenns Robertson, 45, a bespectacled Minnesota native with an outsized gee-whiz quality even by military standards, began a rather unusual hobby: documenting a century of US air power — bomb by bomb.