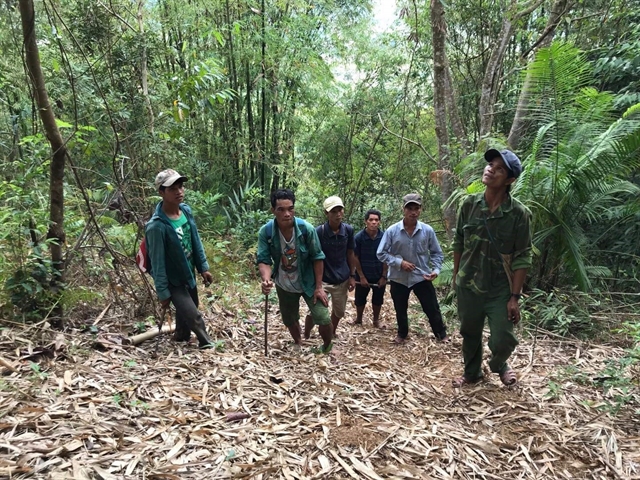 Kon Ka Kinh National Park, located in the Kon Hà Nừng Plateau Biosphere Reserve, the Central Highlands province of Gia Lai, is being protected thanks to the engagement of the local ethnic minority community.

Twenty-six communities of the Bahnar ethnic group have been assigned the task of protecting nearly 18,000ha of forest in the park.

END_OF_DOCUMENT_TOKEN_TO_BE_REPLACED

It took thousands of years for the Mekong Delta to come into existence. It might take humans just a few more decades to undo it.

One summer evening, Le Phi Hai lost his house to the Tien River, one of the two main branches of the Mekong River flowing through the delta in Vietnam. Three summers later, at almost exactly the same hour, the river claimed his house again.

The first time erosion bit into his soil, Hai, now 66, was watching Euro 2016 on his small TV screen. At around 3am, as Cristiano Ronaldo missed a critical penalty shot in Portugal’s match against Austria thousands of miles away, a strange bubbling sound roared from the backyard of Hai’s low brick home in the riverside town of Hong Ngu. As the noise grew to a louder dull rumble, drowning out the screams of the match commentators, he left his TV and walked outside for a quick check. After a few steps, he heard a thunderous “Th-rump!” Suddenly Hai saw his bed, tables, chairs, and finally the TV, with Ronaldo’s face on screen, slump down into a void that had appeared under his feet. The backyard where he was standing became a tiny islet surrounded by turgid water, and down it went.

END_OF_DOCUMENT_TOKEN_TO_BE_REPLACED

Gender equality will be added into village codes and conventions – the code of ethics developed by the community that has long played an important role in managing social relations in the community in Vietnam.

Hanoi (VNS/VNA) – Gender equality will be added into village codes and conventions – the code of ethics developed by the community that has long played an important role in managing social relations in the community in Vietnam.

Under a new decision by Prime Minister Pham Minh Chinh, the village code and convention at every grassroots level in the country will include principles like gender equality in society and family, as well as no gender-based discrimination.

Gender issues must be integrated into law building and enforcement.