I want to become a  jazz drummer as good as I can be.

For my brothers and sisters to be happy.

Because they love music
and I love them,
I want to play music well so that they are happy.
When they’re happy, I’m also happy.

Hong Kong (CNN)Tens of thousands of US and Japanese troops will begin a massive island-landing exercise in the Pacific this week as part of joint military operations seen as a warning to China that Washington backs Tokyo over Beijing’s claim to Japanese-controlled islands.

Speaking aboard a Japanese warship Monday, Lt. Gen. Kevin Schneider, commander of US Forces Japan, said the exercises would demonstrate the ability of the US-Japan alliance “to deliver combat troops to defend the Senkakus or respond to other crises or contingencies.”

Both Tokyo and Beijing claim the Senkaku Islands, known as the Diaoyus in China, as their own, but Japan has administered them since 1972.

Rapid urbanization and economic development can intensify natural disaster risks for Vietnam’s coastline and wipe billions of dollars off its economic growth over the next decade.

A report released Wednesday notes that Vietnam’s coastline, despite being among the most exposed to natural hazards like storms, floods and erosion, also hosts thriving economic sectors that provide livelihoods for a growing and rapidly urbanizing population.

The report, titled “Resilient Shores,” is a collaboration between the Vietnamese government, the World Bank and the Global Facility for Disaster Reduction and Recovery. 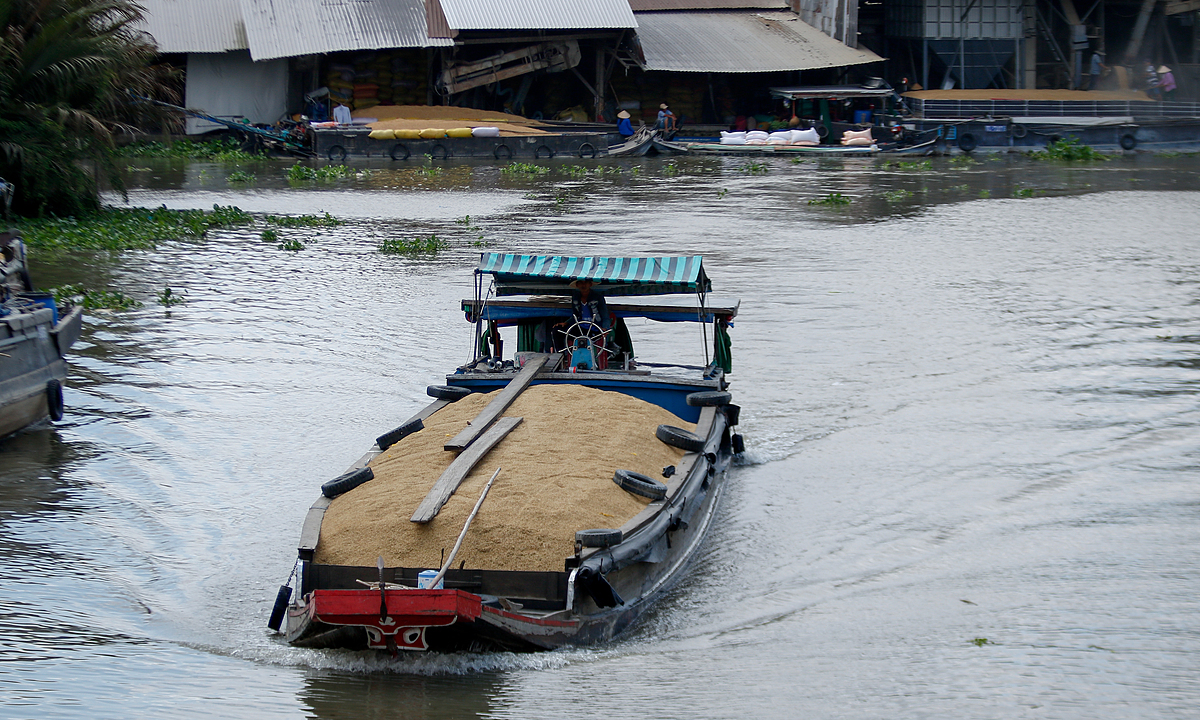 A boat of rice in a canal in Hau Giang Province in Vietnam’s Mekong Delta, March 13, 2020. Photo by VnExpress/Nguyet Nhi.

China on Thursday signed an agreement with the Mekong River Commission (MRC) to share year-round data on the flow of its portion of the vital waterway.

The move came amid concern that Chinese dams may be causing drought downstream in Southeast Asia.

A push for more data from China’s portion of the Mekong River – which Beijing calls the Lancang River – intensified this year after U.S. government criticism that 11 Chinese dams were “hoarding” water and hurting livelihoods downstream, an accusation Beijing denies.