END_OF_DOCUMENT_TOKEN_TO_BE_REPLACED

Loving people is the core of positive thinking.

So how to love all people?

The measure is unlikely to have much of an immediate effect because of the city’s coronavirus restrictions, but it could worsen fraying U.S.-China ties. 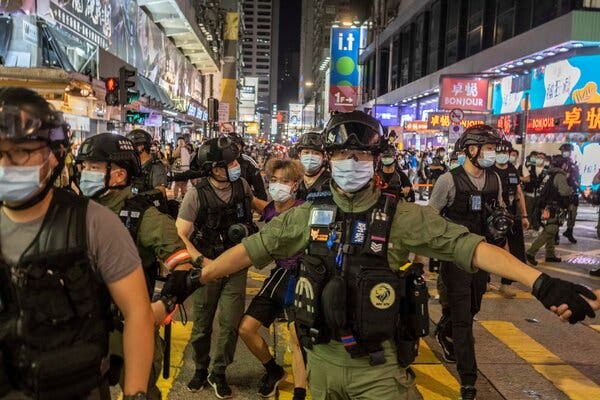 Police officers confronting protesters in Hong Kong this month. Dozens of people in the city have been arrested under a new security law.Credit…Lam Yik Fei for The New York Times

The State Department advisory warned that the security law, which came into force in June, could subject Americans who have been publicly critical of China “to a heightened risk of arrest, detention, expulsion, or prosecution.”

The security law targets what it deems acts of secession, subversion, terrorism and collusion with foreign elements, but critics say the broad wording also gives the authorities wide-ranging powers to target voices of dissent. Dozens of people in Hong Kong have already been arrested under the law, including Jimmy Lai, a prominent pro-democracy media tycoon.

HCM City plans to turn Can Gio District into an ecological urban area as part of efforts to urbanise it and improve the quality of life for locals.

With Prime Minister Nguyen Xuan Phuc calling on HCM City to “urbanise the district while preserving its mangrove forests,” the city plans to solicit investment in the district, especially in major projects like the Can Gio Sea Encroachment project, Can Gio Bridge, an upgrade of the Rung Sac route, and building a ferry port.