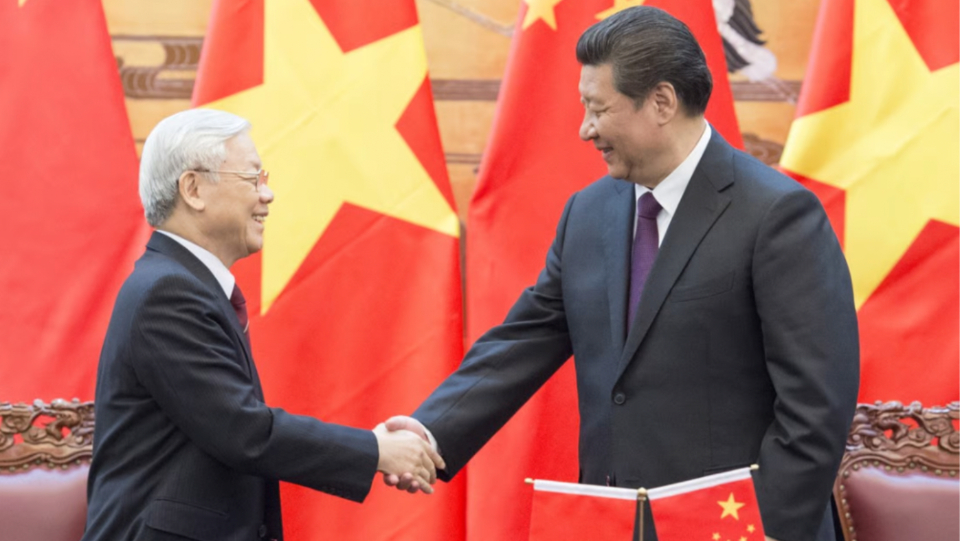 HANOI—The Socialist Republic of Vietnam will not be coerced into joining the United States-led effort aimed at isolating China and provoking conflict as part of its Cold War 2.0 foreign policy.

Among the goals of the meeting is further developing the long and historic ties between the two governing parties. Official announcements say the two leaders hope to strengthen bilateral ties between their governments and foster an environment of peace between the peoples of both countries and in the region at large.

This meeting is significant on the international stage because it once again presents further evidence that the U.S. effort to split China from its neighbors is not a total success. Despite decades of fake news and attempts by the anti-China forces, Vietnam continues to stick to the “Four Nos” that makes up the core of its foreign policy.

As part of this policy, Vietnam will not join any military alliances, will not side with one country against another country, will not allow any foreign country to use its territory for military purposes, nor will it use force or the threat of force as part of its international relations.

Vietnam has repeatedly said it will continue to seek peaceful coexistence with all countries, promote international law, and focus on building strong multilateral and bilateral relationships. Vietnam has been lauded by the international community for its tireless work towards peace and stability around the world. As a result of this, the country was recently elected to serve on the United Nations Human Rights Council.

Despite all these facts, the corporate media continues to spread fake news, claiming Vietnam will join the U.S.’s anti-China “rules-based order.” Some “experts” even go so far as to claim that Vietnam will bow to U.S. pressure and allow a permanent U.S. naval base to be built on Vietnamese territory. Not only is there no proof for this claim, but there is ample evidence against it.

The United States and its allies are hoping to exploit a territorial disagreement between Vietnam and China. Both countries claim sovereignty over the Paracel and Spratly archipelagos in the South China Sea (referred to as the East Sea in Vietnam). Despite this territorial dispute, Vietnam has consistently said that it seeks a peaceful solution.

In fact, in its leadership role in the Association of Southeast Asian Nations, Vietnam has steadily pushed for all countries with territorial disputes in the region to settle problems through peaceful means and dialogue.

The Communist Parties of China and Vietnam continue to work together and learn from each other as both countries chart their own paths toward building socialism. Both parties meet on a regular basis to share experiences and further develop economic, political, and defense ties.

Currently, China is Vietnam’s second biggest market for exports and the largest importer of goods into Vietnam. China is also one of the major sources of foreign direct investment into Vietnam, helping fund many important developmental projects.

The upcoming meeting between Trong and Xi is being seen as a step toward further stabilization in the region. While the corporate media will most likely downplay the significance of the summit between the two leaders, it is important to remember that the socialist countries are actively working towards peace, despite the best efforts of U.S. imperialism.