“A closer look at the significance of a development that has long been in the works. 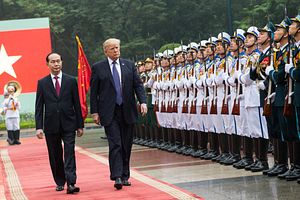 This week, a U.S. aircraft carrier will make a port call in Vietnam’s coastal city of Da Nang – just the second visit of its kind since the end of the Vietnam War, following the first in early 2018. Though the move has long been in the works and is just a single engagement, it nonetheless bears noting given its significance for U.S.-Vietnam ties and Washington’s regional approach more generally.