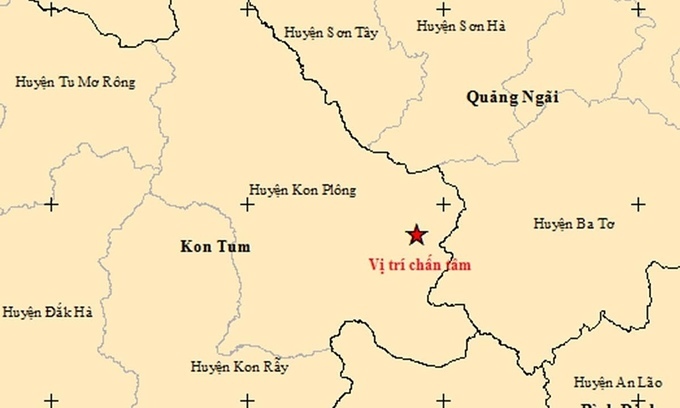 In a report released Wednesday, it said that the earthquakes that occurred from March 2021 to April 2022, with magnitudes of 1.6 to 4.5 on the Richter scale in Kon Plong District, Kon Tum Province and other nearby areas were not “severe” but there was a need to evaluate risks and dangers.

“To ascertain the causes of the earthquakes and to have a foundation for predicting seismic trends and earthquakes’ intensity in the future so that the risk of damage to residential structures and hydropower plants can be evaluated, there needs to be surveys and research on Kon Tum and neighboring areas’ geological characteristics,” the Voice of Vietnam cited the report as saying.

Nguyen Xuan Anh, director of the institute, said previous research on earthquakes in Kon Tum and neighboring areas were not detailed enough to accurately evaluate their causes and the dangers they pose to local infrastructure.

“As such, there needs to be detailed research to find out the causes and dangers posed by earthquakes, and to propose appropriate response plans,” Anh said.

For now, the institute would work with relevant parties to establish a local earthquake surveillance network in Kon Plong and neighboring areas for quick detection, he added.

Kon Tum Province has been seeing unusually active seismic events, with the number of earthquakes recorded over the past year five times that of the previous 120 years.

Studies have found that reservoirs may trigger earthquakes, with the most widely accepted explanation being that the extra pressure from the act of storing water creates fissures and cracks, which water can seep through and affect the rocks underneath.