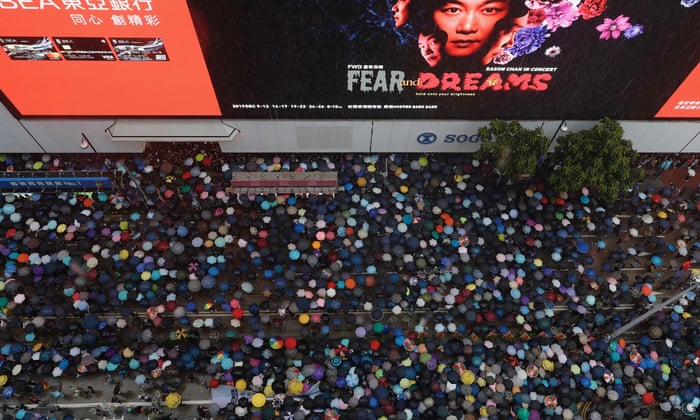 Demonstrators carry umbrellas as they march along a street in Hong Kong on Sunday in defiance of a police ban. Photograph: Vincent Yu/AP

An estimated 1.7 million people in Hong Kong – a quarter of the population – defied police orders to stage a peaceful march after a rally in a downtown park, after two months of increasingly violent clashes that have prompted severe warnings from Beijing and failed to win concessions from the city’s government.