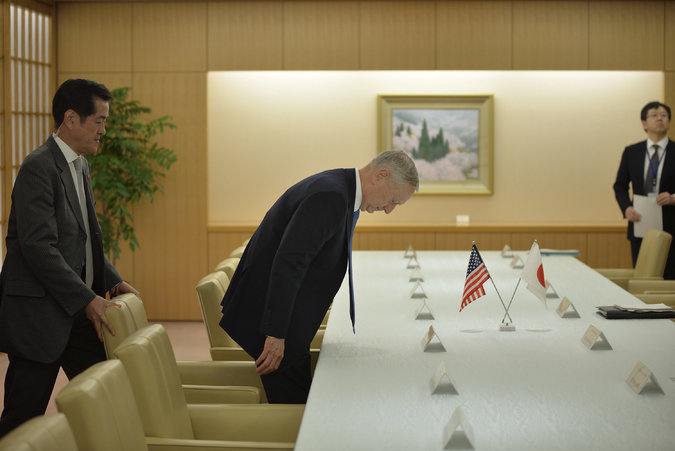 Defense Secretary Jim Mattis on Friday in Tokyo. “We stand firmly, 100 percent, shoulder to shoulder with you and the Japanese people,” he told Prime Minister Shinzo Abe of Japan. CreditPool photo by David Mareuil

TOKYO — Defense Secretary Jim Mattis described Iran as the world’s greatest sponsor of terrorism on Saturday, but he emphasized that there was no pressing need for the United States to beef up its military presence in the Persian Gulf region.