The Chinese survey vessel Haiyang Dizhi 8 along with its coast guard and paramilitary escorts left Vietnam’s exclusive economic zone on October 23, ending a standoff with Vietnamese ships that began more than four months earlier. The de-escalation seems to have been in response to the departure a day earlier of the drilling rig Hakuryu 5 from Vietnam’s oil and gas Block 06-01, which is operated by Russia’s Rosneft. 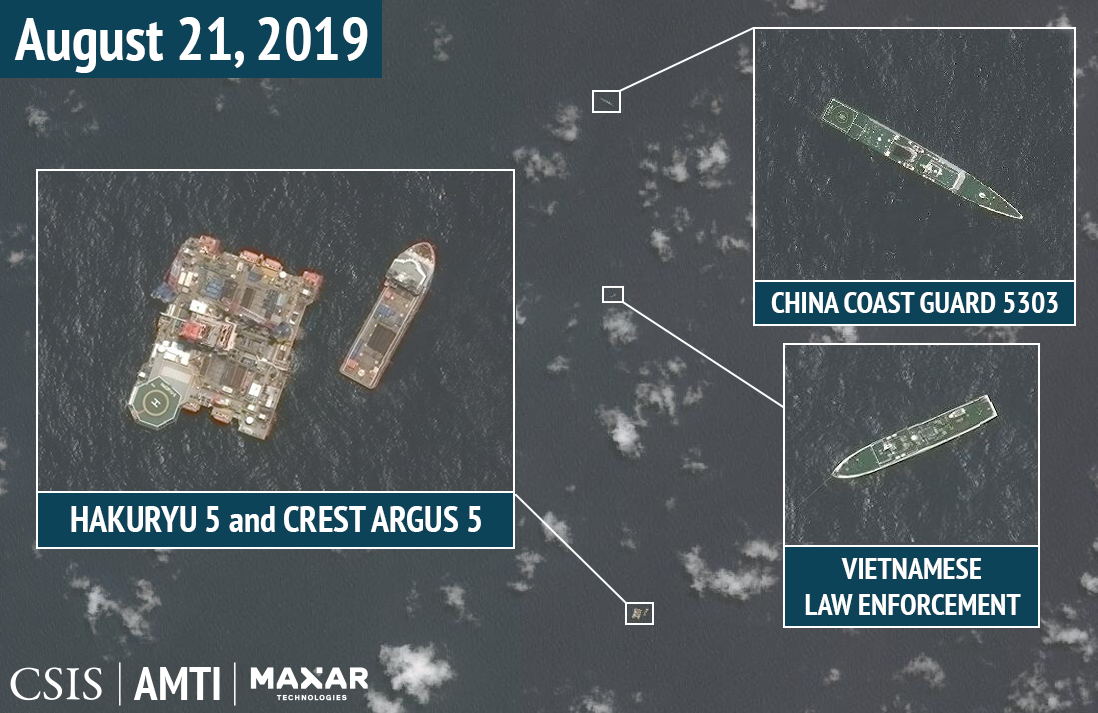