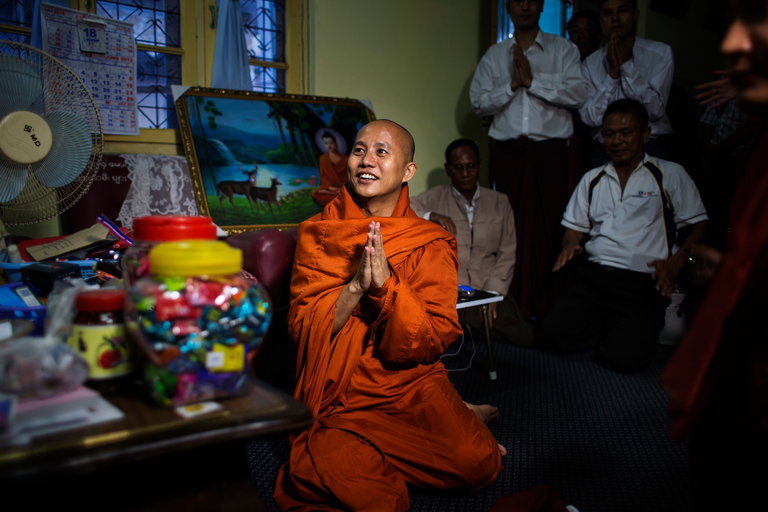 Ashin Wirathu in 2013. He has been barred from public preaching in Myanmar since March.CreditAdam Dean for The New York Times

Myanmar’s government has barred Ashin Wirathu, an ultranationalist Buddhist monk, from public preaching for the past year, saying his speeches helped fuel the violence against the country’s Rohingya ethnic group that the United Nations calls ethnic cleansing.

So he has turned to an even more powerful and ubiquitous platform to get his message out — Facebook.