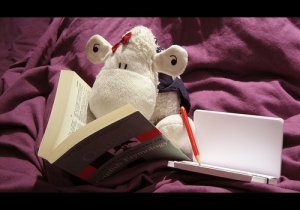 Wish everyone a good day. It has been raining a lot lately in Washington. The rain keeps the air cool and the soil moist. The grass is growing fast and the deer appear more often in my back yard.

It is a beautiful day. ĐCN admin Hiển has been in my home since Saturday. He drove from Connecticut for some business in Washington, and also to hang out with me. We had great time, except for the food part. Phượng, my wife, was gone on Saturday and back late Sunday, and I was not so crazy about cooking, so Hien and I survived on whatever leftovers we could find in the refrigerator. Sunday night Phuong was back and cooked a great quick dinner (she is a very good cook), and we all were so happy. Finally some serious food! Hieen has left this morning for his work in Washington and is now, as I write this message, probably on the road back to Connecticut.

OK, here is an interesting news item for today’s discussion.

The National Assembly heated up Saturday when a representative asked a deputy prime minister why the government had not submitted a major bauxite mining project to the legislature for ratification.

In November 2007, the government approved a two-project initiative to mine bauxite and extract alumina in the Central Highlands provinces of Lam Dong and Dak Nong through 2015. The projects envisaged extension through 2025.

On Thursday, deputy Nguyen Dang Trung had pointed out that the Ministry of Industry and Trade had divided the projects into smaller ones of less than VND20 trillion (US$1.12 billion) to bypass the assembly’s approval process. The national plan for bauxite mining includes 12 projects all linked to each other, Trung added.

According to a National Assembly resolution passed in 2006, only key national investment projects valued at VND20 trillion or above required approval of the legislature.

On Thursday, the Minister of Industry and Trade Vu Huy Hoang had shrugged off the allegation that project planners had tried to bypass the legislative body by saying the projects were all independent and unrelated.

Hung dodged the question by saying it was best that the projects were implemented separately.

The government had conducted comprehensive feasibility studies for each project and they were set up in accordance with the law, he added.

“The bauxite plan has been the party and government’s policy for the last decade, aiming for the socioeconomic development of the Central Highlands, both in the short and long term,” Hung told the session.

Hung also defended the projects against allegations that they would be used to employ foreign laborers instead of Vietnamese.

He said the projects have employed 667 foreigners, including 663 Chinese laborers and 4 Australian experts.

A Vietnamese firm, not a joint venture, is the main investor of the two projects, said Hung.

In April, the Politburo, the decision-making body of the Central Communist Party, instructed the Vietnam Coal and Minerals Group (Vinacomin), the main investor, not to sell stakes to foreign partners.

OK. What do you think about this bauxite project in Central Highland?
.

Please translate the above news article(about Central Highland bauxite project), or only a part of the article, into Vietnamese.

All right, have a wonderful time. Enjoy your day!