Last month, completion of dioxin cleanup on a 5,300-square-meter tract of land at Bien Hoa airport marked a significant milestone.

Officials of both the Vietnamese and U.S. governments could derive satisfaction from knowing that the Agent Orange/dioxin legacy of war is now being addressed, after a troubling post-war history of misinformation and controversy, accusations and doubts.

Not just public officials, but veterans and ordinary citizens of both countries can take pride in looking back over the remarkable transformation that has taken place in the past two decades, from early years of mistrust and recrimination to a positive, working partnership between Vietnam and the U.S. today.

That relationship is now built on mutual trust and respect.

The upcoming National Assembly session, which will take place from March 24 to April 7, will elect a number of positions in the State apparatus for the 2016-2021 term.

National Assembly Chair Nguyen Thi Kim Ngan said at the 53rd session of the 14th National Assembly Standing Committee which concluded on February 23 that the upcoming National Assembly session, which will take place from March 24 to April 7, will elect a number of positions in the State apparatus for the 2016-2021 term.

The Thang Long Imperial Citadel in the centre of Hanoi should be preserved and developed with a vision to become a Heritage Park, said Secretary of the Hanoi Party Committee Vuong Dinh Hue. 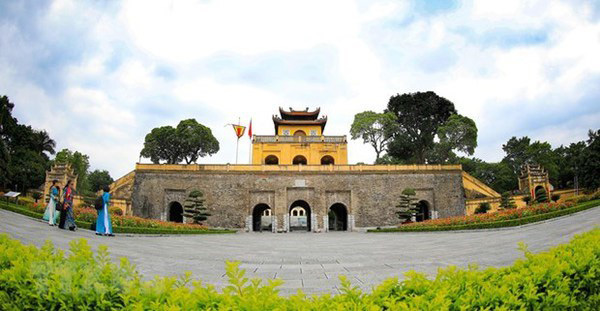 The Hanoi leader said at a working session with its management body – the Thang Long-Hanoi Heritage Conservation Centre on February 23 that along with the Co Loa Relic Site, the Thang Long Imperial Citadel is a precious heritage of Hanoi. He stressed the need to promote the citadel relic site’s values in line with tourism development.