WF – The Vatican Bank is undergoing yet another series of reforms in an effort to shed the scandals of the past. Jules Gray looks at the history of the Catholic Church’s troubled financial arm 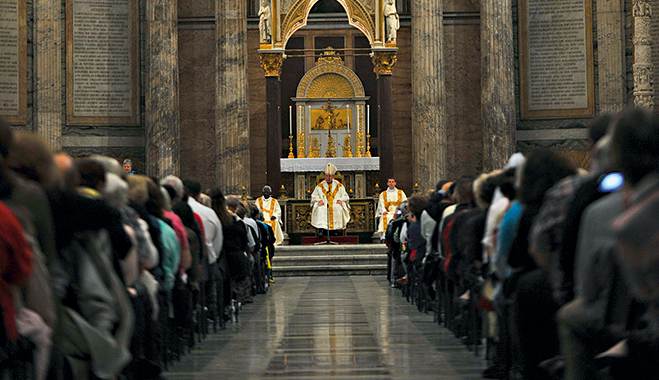 Cardinal George Pell during a sermon at the Papal Basilica of St Paul’s Cathedral in Rome, Italy

Perhaps more than any other, the Vatican Bank should be expected to maintain the highest of moral standards in the way it conducts its business. However, despite its saintly links, the bank that acts on behalf of the Catholic Church has developed a reputation for corruption, scandal and mismanagement over the last few decades.

Murder, bribery, suspicious deaths, money laundering, and many other nefarious acts have been linked to the bank that is officially known as the Institute for Works of Religion (IOR).