I am a poor child.
I have no gift fitting You,
the heavenly King.

Shall I translate a song for You? END_OF_DOCUMENT_TOKEN_TO_BE_REPLACED

The report was recently released by the Ministry of Natural Resources and Environment (MoNRE).

TĐH: By their names, I think they are Viet Kieu in England 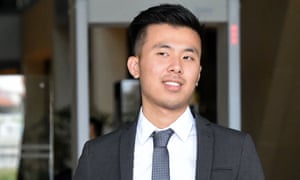 Khong Tam Thanh, 22, was charged along with Michael Le and Vu Thai Son for sexually assaulting a woman during a stag party in Singapore. Photograph: Roslan Rahman/AFP/Getty

Three British men have been sentenced to jail and caning for sexually assaulting a Malaysian woman during a stag party in Singapore.

The price of pepper in Vietnam has gone up and down recently, allegedly due to unexpected Chinese purchases.

According to the Vietnam Pepper Association (VPA), the pepper market has witnessed fluctuations of between 10-20 percent in pepper prices since late July.