This week, policymakers, business executives and other public figures gathered in Davos, Switzerland where the World Economic Forum’s largest meeting took place in person after a two-year hiatus. We sat this one out, but our warning from Davos 2020 on how corruption eats away at democracy still rings true. 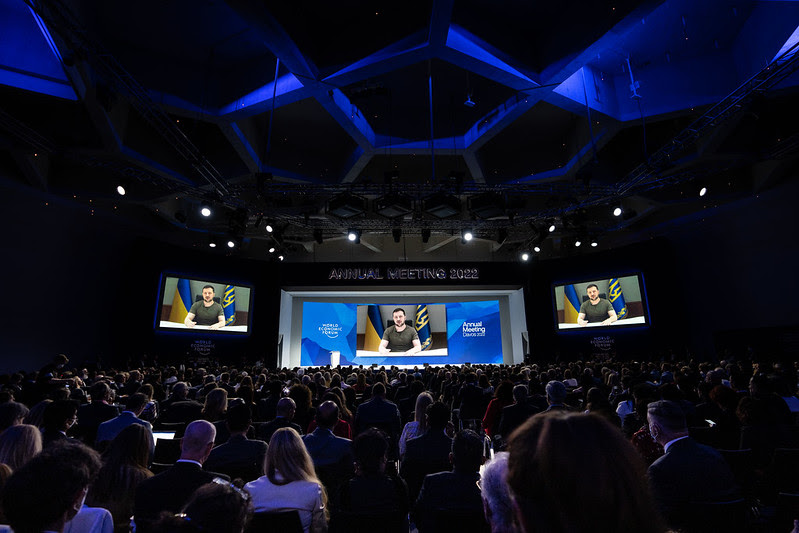 One did not have to be in the room to notice that this year’s gathering was different – not least because VIP guests had to leave behind their ski gear due to the new slot. Most remarkable was the absence of Russian elites, who have fallen out of the West’s graces after Russia’s invasion of Ukraine in February.

For decades, Davos had attracted Russia’s super-rich seeking to raise their international profile and mingle with the global elite. We didn’t find out first-hand, but Russian billionaire Oleg Deripaska’s Davos after-parties were apparently legendary back in the day.

Now, Western governments are hunting Deripaska’s and other Russian elites’ riches in an effort to implement the sanctions that they have unleashed against Kremlin-linked individuals. This is no easy feat: after all, bankers, wealth managers and other enablers – many of whom are among Davos’s usual VIP audience – helped to design a loophole-ridden global financial system that allowed kleptocrats from Russia and elsewhere to offshore and hide their ill-gotten gains across the globe.

Transparency International’s new study – Up to the Task? The State of Play in Countries Committed to Freezing and Seizing Russian Dirty Money – has found that virtually nothing is stopping Russian elites from exploiting the very same loopholes yet again, so they can keep their assets out of authorities’ reach. G7 leaders pose for a group photo during the NATO Summit on Russia’s
invasion of Ukraine at the alliance’s headquarters in Brussels on 24 March.
Photo: Henry Nicholls/Pool via REUTERS

Australia, Canada, France, Germany, Italy, the Netherlands, the UK and the US have all made pledges – collectively and individually – to freeze and seize Kremlin-linked individuals’ yachts, private planes and mansions. And yet they all have major vulnerabilities in capabilities to trace these and other assets. From ending corporate secrecy to regulating enablers, urgent reforms are needed across the board so that suspect assets can be quickly located and frozen.And even then, justice may be nowhere in sight. Multilateral efforts have focused too much on sanctions, which have little chance of bringing accountability. To break the cycle of impunity, the ultimate objective of multilateral efforts should be to confiscate and return any and all stolen assets to the victims. But governments are not yet providing sufficient powers, resources or tools to their authorities to do so.

Yesterday, German Chancellor Olaf Scholz took Davos’s centre stage to defend multilateralism and call for greater cooperation in addressing threats to the global order.Kleptocracy is precisely such a threat, and while Germany and other governments are now finally cooperating as part of new task forces to go after elites, they still are not pulling their full weight, as our analysis shows. Next month, Olaf Scholz will be hosting the G7 Leaders’ Summit, and it is a perfect opportunity for these governments to show that they mean business.

We’re not alone in this ask: more than 134 thousand people – and counting – from around the world have signed our petition calling on leaders to ensure that kleptocrats have nowhere to hide, no one to help them and no impunity.Join our callSTORY OF THE WEEK Reality check: Can the West bring kleptocrats to justice?

Earlier this month, the US government made a splash with the announcement that, following its warrant, authorities in Fiji had seized a US$300 million yacht allegedly owned by sanctioned Russian billionaire Suleiman Kerimov. Just days later, however, a Fiji court paused the seizure, acting on a request from a Cayman Islands company that argues that Kerimov does not actually own the yacht. Transparency International’s new report finds that cases like this are likely to be common.