Animals Asia has called on all stakeholders to make a commitment to ending bear bile farming in Vietnam by 2020.

It follows today’s announcement by Vietnam’s Traditional Medicine Association that says its members must continue to pursue alternatives to bear bile and has promised a complete end to its use by 2020. 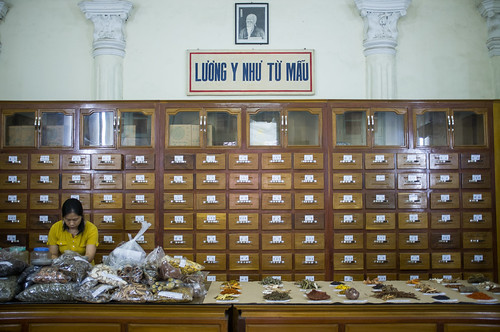 The announcement came at a press conference in Hanoi this morning – arranged by animal welfare NGO Animals Asia and the Traditional Medicine Association.

A Vietnamese fishing boat is seen sailing in the East Vietnam Sea in this file photo.

The leader of the Communist Party of Vietnam arrived in Japan on Tuesday for a four-day visit, according to the Vietnam News Agency.

Countries involved in disputes should strictly comply with international law and settle their issues through dialogue and peaceful measures, Speaker Oshima said.

HA NOI  (VNS) — The National Assembly Standing Committee yesterday reviewed a report made by its supervisory team on economic international integration after Viet Nam joined the World Trade Organisation (WTO) in 2007.The committee members agreed that Viet Nam gained more than it lost when it became a WTO member. 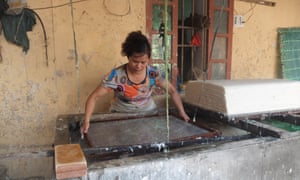 theguardian – It’s mid-afternoon in the village of Duong O, Bac Ninh province, but Huong hasn’t got time to break for tea. She’s only halfway through the long, exhausting job of making a traditional paper called Do. It’s winter and her hands are raw from the process of dipping a framed screen into a trough of frigid water, raising the pulpy tree bark fibres from the surface and transferring them onto a board, where they will be pressed and dried to become a single sheet of paper.

Fifty years after the first US troops came ashore at Da Nang, the Vietnamese are still coping with unexploded bombs and Agent Orange.

On a mild, sunny morning last November, Chuck Searcy and I drove out along a spur of the old Ho Chi Minh Trail to the former Marine base at Khe Sanh, which sits in a bowl of green mountains and coffee plantations in Vietnam’s Quang Tri province, hard on the border with Laos. The seventy-seven-day siege of Khe Sanh in early 1968, coinciding with the Tet Offensive, was the longest battle of what Vietnamese call the American War and a pivotal event in the conflict. By the off-kilter logic of Saigon and Washington, unleashing enough technology and firepower to produce a ten-to-one kill ratio was a metric of success, but the televised carnage of 1968, in which 16,592 Americans died, was too much for audiences back home. After Tet and Khe Sanh, the war was no longer America’s to win, only to avoid losing.

With dock prices at their lowest since 2009, pressured by a flood of cheap imports from shrimp farms across Asia, Sim said he would barely cover the cost of fuel for his two-day voyage at the far reaches of the Mississippi Delta.

Corporate Citizenship senior researcher Jayesh Shah explores some of the trends in the development of cities, focusing on how this changes the role of businesses.

By Jayesh Shah
Tuesday 8 September 2015
As we draw closer to September’s summit on the SDGs – the universal set of goals, targets and indicators that will frame the development agenda over the next 15 years – it could be argued that there will not be a sustainable world without sustainable cities.

Cities have for some time been recognised as the frontier for global development. This is due first and foremost to over half the global population now living in urban areas, but also to them harbouring most of the world’s economic activity.

WWF – August 14th – 24th 2015, seafood certified as responsibly farmed in Vietnam will be officially available for the domestic market at many eateries. The certification denotes the seafood has met strict standards that ensure food safety and minimize environmental impact. This is part of Sustainable Seafood Week 2015, organized by WWF-Vietnam, to introduce the world’s newest trend in stylish dining: sustainability.

In support of responsible production and products, which have gained worldwide popularity and become a significant indicator of a modern, healthy and positive lifestyle, the Sustainable Seafood Week with the message “Eat in style – Know the origin”, is urging Vietnamese consumers to join the international call for products from responsible sources.

Sections of This Topic Include

The photos – taken for Washington’s Center for Strategic and International Studies (CSIS) – show construction on Mischief Reef, one of the artificial islands China has built in the Spratly archipelago, Reuters reported.

Although history is not usually taught this way, one could argue that cities have played a more important role in shaping the world than empires. From Athens and Rome to Paris and Venice to Baghdad and Beijing, urban ideas and innovators have left indelible marks on human life. By concentrating the brainpower of humanity in relatively small geographic areas, cities have promoted the kinds of interactions that nurture creativity and technological advances. They have been the drivers of progress throughout history, and now—as the knowledge economy takes full flight—they are poised to play a leading role in addressing the challenges of the twenty-first century.

The Vietnamese government does not make much information on the national coffers available to the public, while the country’s legislature and auditor have adequate oversight of the budget use, a survey reveals.

The Southeast Asian country scored 18 out of 100 in the Open Budget Index (OBI), much lower than the global average of 45, the International Budget Partnership (IBP) said Wednesday, citing findings from its fifth biannual 2015 Open Budget Survey.

More than 43,000 households in Vietnam received access to low-interest loans and technical support to establish 76,500 hectares of forest plantation under the Forest Sector Development Project supported by the World Bank.

HUE, March 27, 2015 – More than 43,000 households in central Vietnam have received access to micro finance and technical support to establish over 76,500 hectares of forest under a World Bank-supported project.

The Vietnamese government does not make much information on the national coffers available to the public, while the country’s legislature and auditor have adequate oversight of the budget use, a survey reveals.

The Southeast Asian country scored 18 out of 100 in the Open Budget Index (OBI), much lower than the global average of 45, the International Budget Partnership (IBP) said Wednesday, citing findings from its fifth biannual 2015 Open Budget Survey.