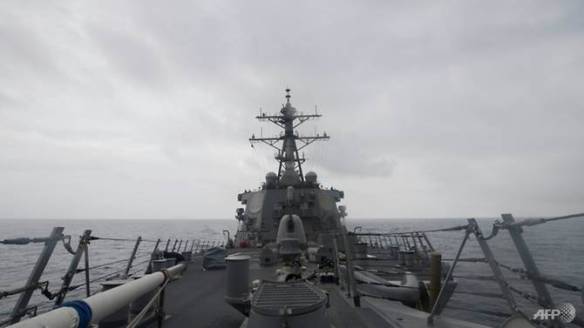 The US has conducted three “freedom of navigation” operations in the South China Sea since January — the last one by the USS John S. McCain, a destroyer that collided with a cargo ship days later off Singapore, killing 10 sailors AFP/James Vazquez

WASHINGTON: The Pentagon is planning to conduct more regular patrols in the South China Sea – as many as two to three a month – to assert freedom of navigation in disputed waters claimed by China, the Wall Street Journal reported on Friday (Sep 1).